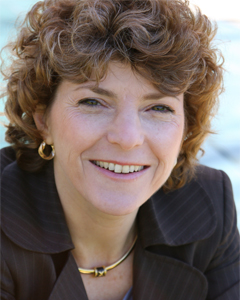 Since 1991 Cora Tekach has devoted her entire professional career to immigration law and promoting immigrants’ rights. Beginning on the Texas/Mexico border, she represented adults and unaccompanied minors in immigration court proceedings and before the immigration service. Returning to the Washington, DC area in 1995 she focused mostly on deportation proceedings before turning to largely business-related matters by 2000. From 2003 to 2005 Cora worked at the American Immigration Lawyers Association (AILA) as a liaison between AILA’s membership and U.S. government officials.

Cora returned to private practice in 2005 and has since specialized in all aspects of business-related processes, including the full range of non-immigrant and immigrant employment-based petitions, family-based cases, international organization employee matters, and naturalization applications. Cora has presented on a variety of immigration topics to professional organizations, embassies, student associations, churches, and immigrant groups. She has provided expert commentary on immigration issues on television, radio, and other fora, and is listed in the International Who’s Who of Corporate Immigration Lawyers.

Cora has been a member of the American Immigration Lawyers Association since 1991, and served as the Washington, DC Chapter Chair, as well as in numerous local and national-level volunteer positions.

It was a long journey! It started with my own work visa, getting married and filing for myself and my wife's green card. Joy Haynes and her paralegal Leo helping our whole family of 3 getting our green cards and eventually citizenship. Thank you for all the insights, guidance, and patience! We wouldn't have been able to do that without you guys! Thank you especially for always being very responsive as well!

Terence Sham
20:41 31 Oct 17
We worked with Joy through the lengthy green card application process and removal of conditions. While the journey is undeniably stressful, working with Joy made it as smooth as this process could be. Joy and her team are extremely professional, efficient and responsive. They kept us organized, confident and answered our many questions promptly and reassuringly. We would and wil recommend Joy to anyone who needs a great immigration lawyer. Thanks a lot Joy.

Estelle Raimondo
18:24 04 Nov 17
Amy Novick was our lawyer and she did excellent job that we received our green card in a very short time. She was very prompt, professional and knowledgeable about permament residence card and its processes. Highly recommend their service.

Pad Batkhuu
14:45 28 Sep 17
Joy has helped me since day one, from my first VISA until I finally became American citizen this past July! She's always been very thorough, prompt and transparent. I highly recommend her and her firm!

Alessandro Bolis
21:55 13 Sep 17
My husband and I worked with Joy for my green card application, removal of conditions, and naturalization, and we couldn't have been happier. Joy was a pleasure to work with, and was always extremely accommodating and responsive to our (many!) questions. We would absolutely recommend her to anyone looking for an immigration attorney.